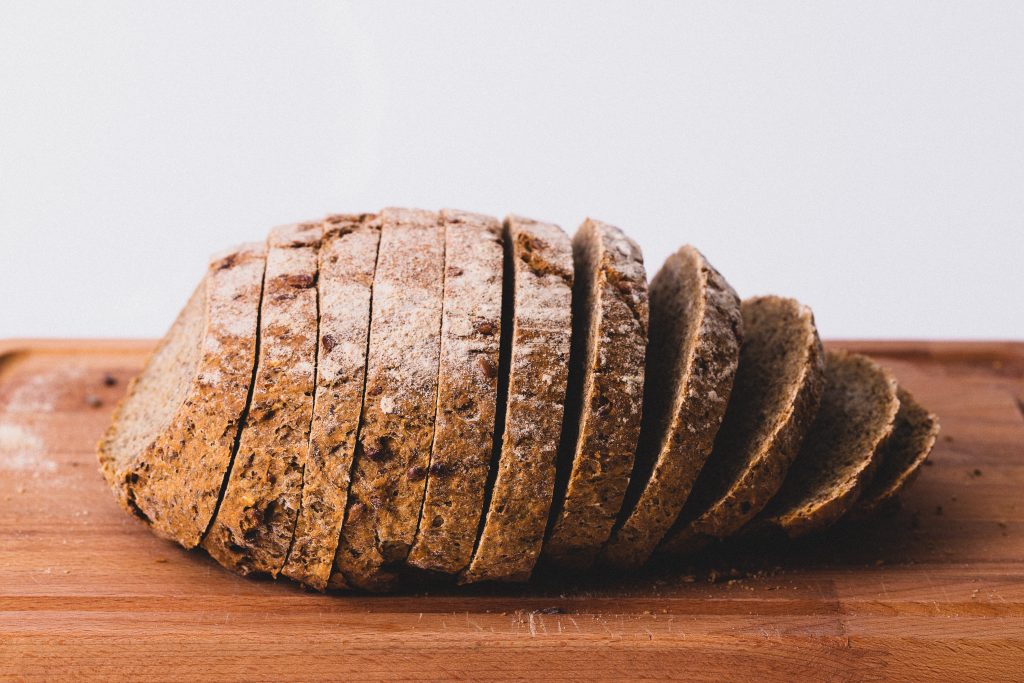 Bread is called the “staff of life” as it is one of the oldest and most common of our basic foods that supports life.  Some form of bread is found in virtually every society and the styles are vast and varied.

Now one of my pet peeves is bread – or the lack of it. Many restaurants do not have good bread and when available, remove it far too early. Bread is not an entrée!  Bread is a staple side dish used to sop up delicious sauces etc. Bread should be complimentary and available throughout the meal.

A pub I was at recently, despite serving burgers and steak sandwiches, was not able to give me some bread to go with my Duck a l’orange which had a fabulous sauce. And at another restaurant, the menu states that “No bread will be served. If you have other allergies, please let us know”. No bread, because a few people have gluten intolerance?? Whilst about 15% of the population choose to avoid gluten, only about 1.5% are celiac. And what about the other 85% anyway?

Bread has got itself a bad name recently, due to it’s gluten content. But bread is an important part of our diet and most people do not have to worry about it.

Bread is a staple food for mankind and has special symbolism in all cultures. All cultures have some form of bread – tortillas, baguettes, naan, lavash, panini, sourdough, pita, hushpuppies and fruit buns, to name just a few.

When Jesus gathered his disciples together for the Last Supper he took bread and gave thanks. Since then millions of Christians take consecrated bread as the symbol of Christ’s body.

Bread is a simple mix of flour, salt and water, usually leavened with yeast. The basic process of modern bread making was discovered by the ancient Egyptians over 5000 years ago using wild yeasts from beer making as a raising agent, whilst simple solid wheat cakes can be traced back to the stone age.

Salt helps control the rate of fermentation, strengthens the gluten and provides flavour, whilst sugar provides food for the yeast. Fat, or oil, gives the dough a softer crumb. Water, or sometimes milk or beer, is used to activate the yeast.

And yeast – a live microorganism – provides flavour, strengthens the proteins and most importantly, gives off gas, which is captured within the gluten structure, raising the bread dough, creating that familiar and unique texture.

Unleavened bread, such as naan, tortillas, lavash, is not raised with yeast and is often flat – providing a scoop or “plate” for other foods.

The Pharaohs paid workers in bread – hence the association of bread and money. Bread is a symbol of money – we earn our daily bread. We earn a crust.

Bread is a symbol of all food and to eat is to break bread.

… and the word “companion” is derived from the Latin com (with) and panis (bread).  So our companions are people with whom we share bread, and bread is shared amongst our friends and companions.

Bread has long been indicative of social status – coarse brown bread for the lower classes; fine white bread for the rich – since it was more expensive to make. Julius Caesar made serving brown bread a crime. The shortage of bread is reported to have been the catalyst for the French Revolution in 1789. In 1917, the Russia revolution promised “peace, land and bread”. Bread is fundamental to peace!

Great ideas are the best thing since sliced bread!

Bread is versatile and used as an ingredient in many dishes such as bread and butter pudding, Queen of Puddings (bread, jam and meringue), French Toast (a cross between toast and a pancake) and Summer Pudding (bread and berries). Bread can be used in salads such as croutons in Caesar salad and Fattoush Salad. Bread forms the basis of many soups – in fact the name “soup” comes from “soupe” or “sop” meaning to mop up with bread. Breadcrumbs are used to coat fried fish and chicken and are a central ingredient in stuffings, crumble toppings and sauces such as Bread sauce.

Bread is a vital part of life. There is nothing better than good quality fresh bread with a little butter or olive oil.

“How can a nation be great if its bread tastes like Kleenex?”
Julia Child

Recently there has been a resurgence of interest in the traditional artisan ways of making bread including the classic sourdough. Sourdough uses a natural fermentation process similar to making wine and cheese – and takes a minimum of three days to make. And this may actually be better for us.

New research is suggesting that the rise in gluten intolerance may be due to the modern Chorleywood “no time” dough process, developed in the 1960’s, that has given us the cheap, soft, fluffy, uniform bread we all love to hate, but may not process the gluten enough. Old fashioned long fermentation such as those used to make sourdough and traditional French baguettes results in a change to the gluten structure which may not trigger gluten intolerances – and provides a better flavour.

So, enjoy good quality old fashioned bread – and please don’t take it away with the entrée plates!

“Good bread is the most fundamentally satisfying of all foods; and good bread with fresh butter, the greatest of feasts.” James Beard (1903-1985)

Photo by Jude Infantini on Unsplash